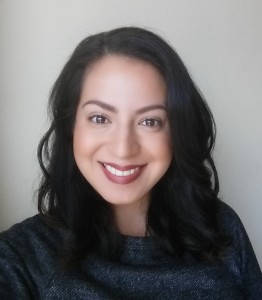 Madelaine Cristina Cahuas is a Ph.D. Candidate in Human Geography at the University of Toronto exploring questions of citizenship, race, environmental health justice and migrant women’s political participation. Born and raised in Toronto, Canada as a mixed-race Latina in an immigrant family and community, she witnessed the many social and economic obstacles racialized migrants face, but also the ways in which they resist. These experiences have instilled in her a passion for promoting the wellbeing of marginalized women and youth through research, education and community activism.

Madelaine received her Honour’s Bachelor of Science in Human Biology and Psychology from the University of Toronto in 2009 and her Master of Arts at McMaster University in 2011 where she focused on social housing policy and urban health. Under the supervision of Dr. James R. Dunn, she completed her Master’s thesis investigating the effects of neighbourhood “revitalization” on the wellbeing of social housing residents in Toronto’s Regent Park community. After graduating, she worked as a Research Coordinator with appointments at McMaster University and the Centre for Research on Inner-City Health (CRICH) at St. Michael’s Hospital.

In 2012 she joined Dr. Sarah Wakefield’s research team as a doctoral student evaluating the City of Hamilton’s Neighbourhood Action Strategy, a comprehensive, community intervention aiming to enhance citizen engagement and improve resident health. Upon returning to Toronto in 2013, Madelaine began working with MUJER, on their Latina Youth Summer Camp and Hasta Aqui No Mas/Draw the Line campaign, tackling sexual violence against women and girls.

Inspired by the extraordinary efforts of women in her community, she decided to focus her doctoral research on their stories, contributions and geographies. She was awarded a SSHRC Doctoral Fellowship in 2013 to pursue her dissertation, which explores Latin American women’s political participation and activism around social and environmental justice issues in Toronto, Ontario. For more information on Madelaine’s research click here.

Madelaine has worked as an educator, consultant and advocate. She has acted as a Teaching Assistant for courses in health studies, geography, and women’s studies, as well as facilitated numerous workshops on anti-oppression and preventing gender-based violence. She has shared her knowledge of program evaluation, grant writing and research with non-profit organizations to support their strategic planning. As an advocate for women’s rights, anti-racism and equity, she has served on the board of the Ontario Public Interest Research Group at McMaster University, helped to co-found Student Aid & Learning Opportunities at the Organization of Latin American Students – University of Toronto, and has been actively involved in CUPE 3906 and CUPE 3902. She currently serves as the VP External and Equity of the Graduate Geography & Planning Students Society at the University of Toronto and is beginning her second-term as Vice-President of MUJER where she was a key organizer of the Latinx Feminisms Course.