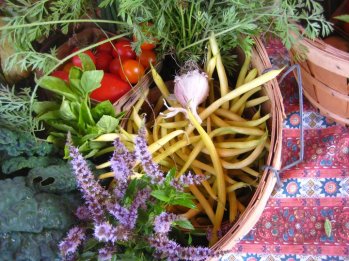 One of the reasons I love researching food and food movements is because of the celebration involved in producing and eating food – harvest celebrations, family dinners, and communal cooking parties (in my case, these last two tend to involve perogies). At the same time, food movements in North America have been critiqued as self-congratulatory, celebrating dominant norms and assumptions around what ‘good’ food is, leading to the reproduction of structures of oppression relating to race, class, and other forms of privilege.

I’ve been reminded both of the necessity of celebration and the dangers of celebration/self-congratulation as a result of the recent flutter of news articles, facebook posts, and other popular media articulating pride and joy at the arrival of Syrian refugees in Canada these past weeks. Celebrating refugees and all peoples who continue to be resilient despite violence is imperative. However, it seems to me that much of the popular media is celebrating something rather different.

What comes across to me in many of these articles is the celebration of the benevolence of the Canadian state for ‘accepting’ a fraction of a much larger refugee population, when, in reality, it could open its borders to all refugees, it polices borders in a way that criminalizes certain bodies but not others, and it continues as the engine of the settler colonial project. Who is celebrating, who is celebrated, the intention and the outcome of the celebration all matter. Celebration can sometimes do more harm than good – particularly when the line between celebration and self-congratulation becomes blurred and discourses act to “exalt certain ways of being and disparage others” (Guthman 2011, p. 6) in ways that reproduce racism, sexism, colonialism, and so on.

Guthman makes this point in relation to food movements in North America – where ‘good food’ is often celebrated without unpacking assumptions behind what good food is or paying attention to who’s doing the defining. Using the movie Food Inc. as an example Flowers and Swan explain how the North America food movement often positions (and through this positioning, celebrates) certain people (i.e. white males), who possess the right kind of knowledge, as “the good knower.” (2011, p. 245). At the same time, ‘others’ (i.e. people of colour, consumers, food workers, single mothers) are presented as needing this knowledge and needing help to access this knowledge.

Celebrating and increasing consumption of certain foods as ‘superfoods’ by a largely white middle class portion of foodie circles has also been critiqued as ‘food gentrification.’ Mikki Kendall coined this term, arguing that “one of the perils’ of “elevating” foods away from their source cultures is that many things are not easily replaceable, or even accessible in all communities.” She asks: “as coconut, quinoa, mangoes, and other subtropical goods come into vogue in the West, how are the communities where those foods are staples faring?… As each gentrified food moves out of the financial range of those at the lowest income level, the question of what will be left for the poor to eat becomes more pressing.” (Read more from Mikki Kendall’s post and check out another solid piece on food gentrification by Soleil Ho here).

So, how can young (white) academics like me do research that is celebratory but not self-congratulatory? And how can those of us involved in food activism engage a movement that celebrates in a way that resists structures of oppression instead of reproducing them? A starting point might be asking questions like: who are we celebrating? What is our intention in celebrating certain people/peoples/groups? What is the outcome of celebration? Does it reproduce dominant structures of oppression? Patriarchy? White supremacy? Colonialism? A starting point might be asking these sorts of questions and celebrating accordingly – especially if this means changing how we celebrate, who we celebrate, and what kinds of celebrations we support.

Guthman, Julie. (2011). Weighing in: obesity, food justice and the limits of capitalism. University of California Press.

This site uses Akismet to reduce spam. Learn how your comment data is processed.